For better or worse.

Yesterday we discussed the nature of the meme and how it functions including how one is born. Today we’ll continue using Frankenstein’s monster as a metaphor for the immense power of the meme and conclude its life stages.

This stage is the most difficult to predict. Why does one video I share with my friends die and another light up like the fourth of July? If I could answer that question, I’d be swimming in YouTube views but few of us can actually genuinely say we exactly know what makes a meme although characteristics are very identifiable. However we can fairly pinpoint where they are grown. Some of these sites are not going to be good for marketers but as far as pop culture makers go, sites like Reddit, 4Chan, Buzzfeed and, at least in the past, Ebaumsworld sharing has proven to link to the growth of a meme; without mentioning less effective means such as Twitter and Facebook social sharing.

One of the defining factors of a good meme is in how exploitable, sharable and/or replicable it is and this is never put under more stress than when it is in the growth stages. Using Gangnam Style as an example, its spread and growth was so immense because it had all three of these characteristics at once; ‘Call Me Maybe’ is also an example of this. The interesting thing about the ‘Harlem Shake’ meme is that it didn’t actually go viral until it was replicated by another YouTube channel, The Sunny Coast Shake created a response that things got entirely out of hand; the original Filthy Frank video is sitting on a respectable 2 million views but the lightning bolt video below is sitting on just under 9 million views. 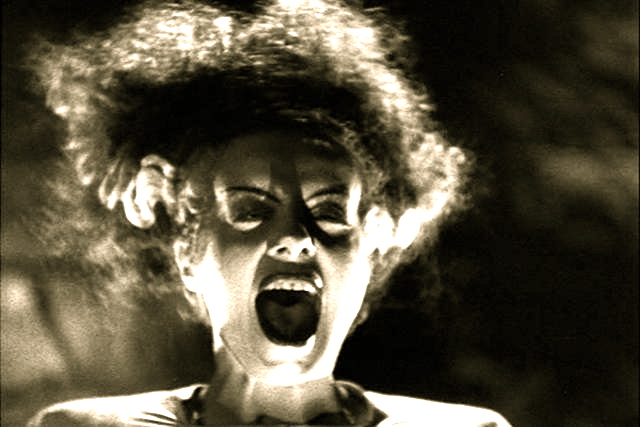 You can run, but you cannot hide.

This is the part where Frankenstein’s monster is discovering itself, learning, breathing and becoming self-aware.

The spread is the stage where we usually catch on. A video or picture shows up on our newsfeeds be it Twitter or Facebook and we either ignore it or we watch it. If we ignore it two things can happen, the meme is ignored by enough people to simply die out without reaching its ultimate goal or we ignore it while it catches on with enough people until we simply cannot ignore it anymore. If we watch it two things can happen, we enjoy it and share contributing to its spread or we enjoy it and don’t share contributing to its death; it’s that simple. Another aspect of this stage is the duplication and/or exploitation of the video. How many different versions of Gangnam Style and Call Me Maybe have you seen? The clever thing is if you pick up on an exploited or duplicated version, you’ll almost always go back to the original source meme to witness it.

With ‘Harlem Shake’ the duplication has been immense, more so than I’ve ever witnessed unfold before my eyes. YouTube trends manager, Kevin Allocca reported that more than 12,000 various versions of the ‘Harlem Shake’ video have poured in since the first progenitor with over 44 million views and counting. Google Trends reports the search volume index for “Harlem Shake” is a perfect 100 while Netherlands and Canada sit in the 90s; this is the kind of spread you can expect. However while trends are popular, going against trends are just as popular with many people frustrated by the overwhelming nature of this meme; the same animosity was well documented for ‘Gangnam Style’ and ‘Call Me Maybe.’

It’s time to spread or forget; the meme’s fate.

Now the monster causes havoc and the angry mob grab their pitchforks.

The last and final stage of the meme plays no part in the immediate success of a meme but rather the lasting effect. It’s clear that as far as memes go, ‘Harlem Shake’ has been successful. However every monster will die and in the context of memes, death means being forgotten. However it is possible for a meme to become immortal or at least live on for many sustained years. After the growth stage of a meme, the effects are the only thing left to be measured. You’ll have memes that will explode onto the scene within a week and then suddenly grind to a sharing halt and die; then you’ll get memes so large, so shareable that they are still in the growth and spread stages for months.

My prediction is that ‘Harlem Shake’ is going to be one of those that die sooner rather than later. Some are calling it the Gangnam Style of 2013 but unlike that success this meme has a single gimmick that can only be replicated so long before dying. Another interesting thing is that there is no central figure behind the video, making it very difficult to celebrate for a long time; this point is where marketers should sit up and pay the most attention. So what’s the fate of this Franken-meme? It’s far too early to say but it’s fascinating to watch the monster grow and unfold before our eyes. 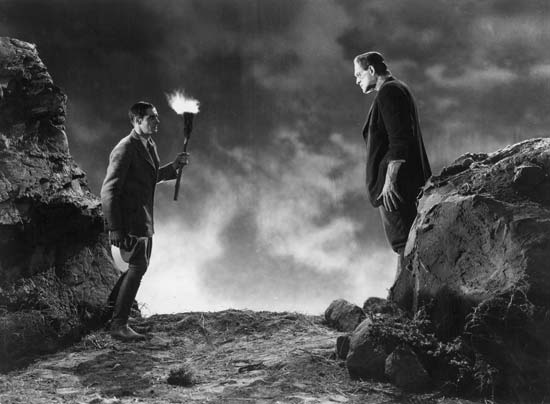 Live on immortally or die.

Now the monster is cornered by the angry mob, will be defeated or escape to live another day?

‘Lolcats’ were among the earliest online memes.

Memes haven’t successfully been commercialised as of yet, although this doesn’t exclusively mean that memes have not arisen from commercials. Interestingly figures like Psy, the creator of Gangnam Style and Carly Rae Jepsen of Call Me Maybe fame were made instant celebrities as the result of a meme viral spread. In the Harlem Shake example, no doubt the song’s artist, Baauer, is going to see a surge of interest in their brand and music.

Now I imagine I’m about to make a lot of marketers very excited when I ask you to imagine removing a human being and replace it with a brand; isn’t that the Nirvana of online marketing? Don’t we want a brand to be the progenitor of a meme that sees 44 million views within a week or even over a billion overall?

We’re all like Dr. Frankenstein labouring away in the lab; what heart is good for my campaign, what eyes would work, how will my monster be born? Then we sit back and await the lightning to strike. A successful meme has the potential to become a legitimate pop culture icon; should a marketing campaign succeed the brand associated shares the spoils, becoming unforgettable for a long time.

In the future I will discuss aspects of what makes a meme a meme; we have discussed the lifespan of one in this series of articles but there is still much to be said on the topic as we try to understand the science and anatomy of the Franken-meme.

Finally as a bonus, I’ll leave you with a vintage meme that has been parodied in Hollywood productions, the Star Wars Kid.